Hotpod Yoga uses cookies and similar technologies on its website. By continuing your browsing after being presented with the cookie information you consent to such use.

OK
Learn more
Skip to content
COVID-19: Find out more about what we're doing to keep our studios safe and hygienic.

Help is on its way

You’ll soon receive an email from TeamUp (our booking system provider) with instructions on how to reset your password. 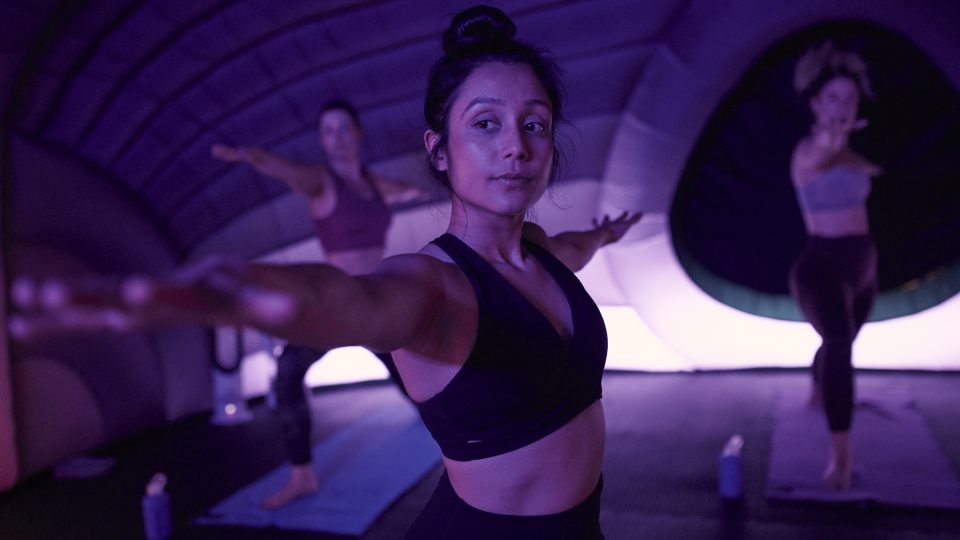 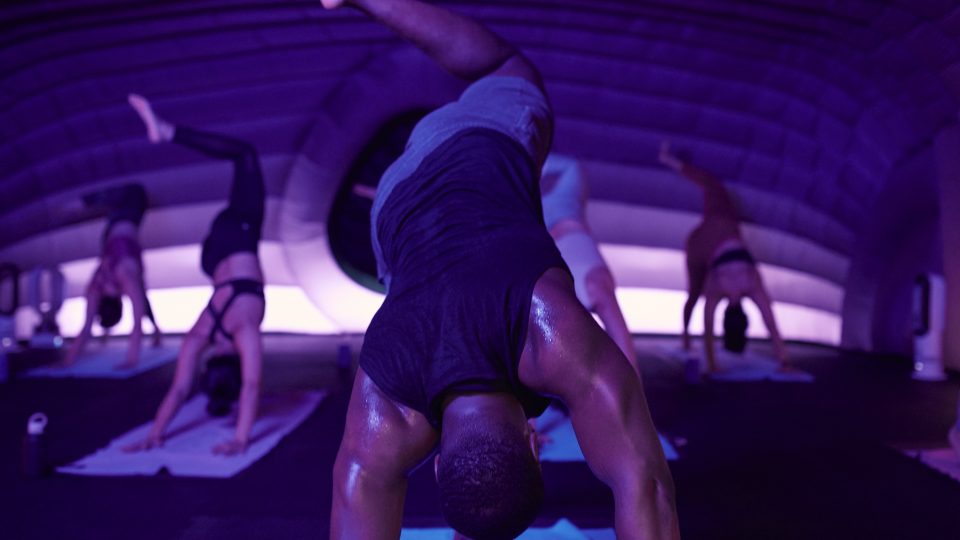 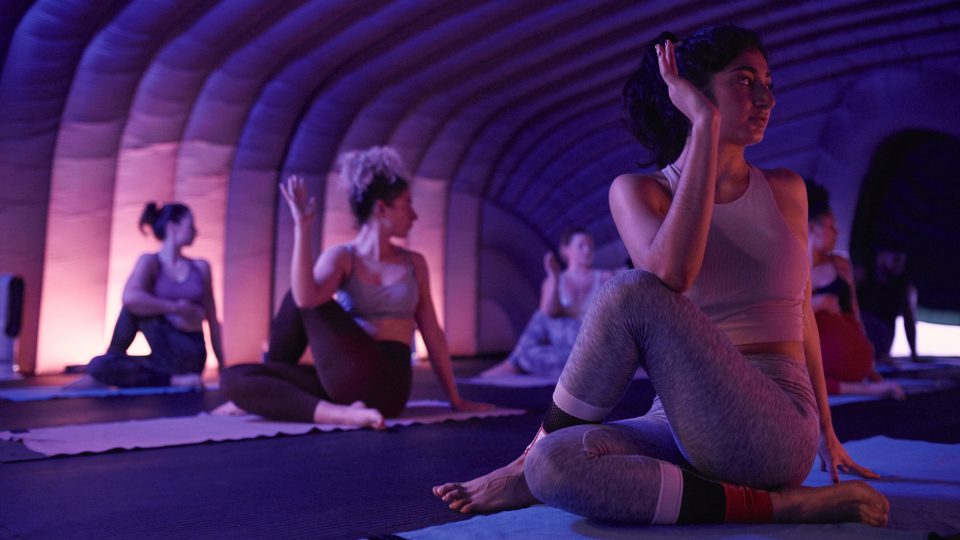 We’re Europe’s largest yoga business. Since 2013, over 100,000 people have immersed themselves in a Hotpod class at one of our 50+ locations around the world. You’ll stretch further, breathe deeper, sweat harder and melt fully into the Hotpod experience – a balanced flow of active and passive postures, working the body and calming the mind in equal measure. For class times and more, take a look at the schedule above, then book your spot.

You’ll immediately find yourself a million miles away from the every day. Bring water and a towel to enjoy the unique immersion that is a Hotpod Yoga class. To understand it, you’ve got to experience it.

Our studio is located at 31 St John Street, inside Leicester's infamous Corah building. We have 3 changing cubicles, 2 toilets & 2 showers! There is a large private car park, free for members to use.Of course, spaces are still limited as the car park is shared with neighbouring businesses. If needed, there is plenty of on street parking on St John Street itself and on nearby streets. We also have a bike rack for 10 bikes within the car park. Should the bike rack be full, contact the owner in good time before your class so that she can help you store your bike in a safe place! Once you enter the building you will be able to buzz Hotpod Yoga to be let in (only do this 15 mins before at the earliest to allow the teacher time to set up and get the pod warm for you!) Once let in, head over to the changing rooms and take of your shoes, you only need to take your water, towel and any valuables into the main studio. You can then place any valuables in the lockers of the main studio which will be locked once everyone is in the pod!

Joe was first introduced to yoga by his training partner & friend (now fiancée), Natasha. Natasha introduced Joe to Hotpod Yoga with the promise that it would help him with his kickboxing training. Whilst Joe was not immediately hooked, he continued to practice when he could. A year later, a recurring shoulder injury led to Joe making a return to the mat with one strong intention: to heal his body. It was during this time that Joe simply fell in love with yoga!

In 2020, like most athletes, Joe was unable to participate in his sporting career (kickboxing), and so he dived deep into his yoga practice, practicing twice a day. Joe started to feel the best he had felt in a long time and wanted to understand why. This led Joe reading about yoga philosophy, breathwork and meditation and enrolling on a 200hr Vinyasa YTT.

Joe’s transformation is the foundation of his teaching, as he wishes to share yoga with as many people as possible in order to help them realise their full potential.

Joe’s classes are filled with energy, personality and strength. Get to know yourself, just like him!

Arriving in the present moment is something Pete’s been unwittingly chasing his whole life. Whether that be through extreme sports, competing in martial arts, cold water therapy or yoga. Pete desired that sense of freedom that comes from truely being in the moment, free from the constraints of what might have been or what could be. In other words, a truely liberating experience, a reset from our busy ever more technologically infused lives.

He first found yoga in around 2015 in a bid to rehabilitate his body from injuries sustained from martial arts. Originally intended to compliment his passion for martial arts, over the years it slowly drew him in as he came to realise that the benefits that stem from yoga, go far beyond the physical.

After initially practicing Ashtanga, he tried many different styles to see what they had to offer him, before settling into into the warm embrace of Hotpod Yoga, which eventually inspired him to further his knowledge.

Needless to say he now considers it his passion in life and would love nothing more than to share that with others.

Pete completed his 200hr Teaching training in August 2019, which he considers as the start of his journey which he hopes will last a lifetime.

Kate first began her yoga journey by going to a couple of classes at the gym for the physical benefits, but soon found there was so much more to the practice. 8 years later in 2017 Kate completed her 200 hour Hatha YTT in Bali and later her Yin and Meditation Teacher Training, and has spent much of her teaching career abroad in Sri Lanka, Central America and the French Alps. Kate has a compassionate and down to earth approach, encouraging students to tune into their bodies and focus on how the poses feel, physically and energetically.

A North London girl living in the Midlands since 2001, Paula worked in sales and marketing until at the age of 40, where she found herself ‘burnt out’ and in hospital. It was time for a change and became qualified to work as a Sports Trainer at The RNIB College Loughborough. Paula had always enjoyed yoga then in early 2017 she had what can only be described as a calling to teach it! Initially trained in Sun Power Yoga she continued her development in Yin and Pregnancy Yoga, nothing could quite prepare her for how the trainings changed her life. Having experienced injury, illness and long-term issues with her weight, Paula knows first-hand the physical and psychological affects this can have on an individual and believes yoga is for everyone. Paula loves sharing her passion for yoga with others in her down to earth and humerous approach and also teaches young people in sport.

Karolina’s passion is to help people discover yoga as a holistic and integral science of life to support physical, mental and spiritual health. She has been practising traditional yoga for a number of years and in 2016 completed a Diploma in Yoga Education in India at the renowned Yoga Vidya Gurukul School, a year later studied Mystical Vinyasa in London. She specialises in Hatha and Vinyasa yoga, breathwork, pre & postnatal care, yoga for women’s wellness and sound therapy. Her classes intuitively integrate different styles of yoga combining creative sequencing, meditation and pranayamas (breath control). Yoga for her is not just a physical movements, it’s a philosophy of life!

After 20 years of kickboxing, Natasha turned to yoga as a way to enhance her performance and to aid recovery from injuries. Completely unaware of the vast health benefits that yoga would have on her life, she was quickly amazed by the way her life was improving in so many different areas and both in body and mind. Yoga soon became her version of “me time” to compliment her existing busy schedule of Kickboxing, coaching and her ambassador work of empowering women through sport.
Determined to deepen her knowledge and to spread the benefits of yoga, Natasha travelled to India to immerse herself in the world of Ashtanga Yoga and gained her teaching training in Vinyasa & Ashtanga yoga.

Carlton is vastly experienced in working with people from diverse backgrounds and has a keen interest in the human body in particular physical, mental and spiritual wellbeing. Yoga as a means of finding personal space for reflection and healing; in an attempt to manage some of the injuries picked during years of high impact and intensive training; he completed the Forrest Yoga Foundation Teacher Training programme 2014 with founder Ana Forrest. Carlton’s yoga style is strength based where he takes students to places that may have been shut down. He teaches through encouragement, voice and touch.

Sheer curiosity lured Kate to her first yoga class in 2005 and overtime started to notice subtle changes in her body and self – injuries and imbalances gradually levelling themselves out. With background in ballet, contemporary dance, a classical pianist as well as other instruments, music & movement have always been inseparable to Kate which is why she feel in love with the freedom in vinyasa. Her teaching is centred around self observation and healing with emphasis on the power of the breath. Creating a space where people can feel free to explore the connection between mind, body, breath and spirit, without any pressure or judgement.

For Krupa, yoga is the path to building strength and cultivating the relationship between the body, mind and breath. Her classes integrating core postures and creative sequencing in a down-to-earth and fun approach. She deepened her yoga practice and knowledge in Koh Phangan, Thailand, where she obtained her Yoga teacher training certificate. With a focus on alignment and breathing techniques, Krupa looks forward to sharing her yoga practice to bring you mental clarity and strength, not just flexibility.

Julie has practiced yoga for many years as a way of bringing balance and harmony to her everyday life. Her belief is that inner focus is key to being able to manage a busy schedule. Julie’s hope is to share her enthusiasm and knowledge of how the wonderful benefits of yoga are accessible to all age groups and how with regular practice we can all build strength both mentally and physically. Above all it allows us to reach out and connect to that inner warmth and glowing smile.

Tash grew up in Leicester with the ambition of being a Lawyer/Kickboxer. Having practiced Law for 2 years and kickboxing for 20 years, she found herself searching for balance in both body and mind. She left the legal world in 2015 and became a sporting advocate for women in the city. After looking into yoga some years ago, she found Hotpod Yoga Leicester. After just one class she was immediately hooked. Not only did she find what she was looking for, but also that sense of belonging and community that Hotpod Yoga Leicester is known to provide. 1 year later she found herself becoming a teacher with a burning desire to share this experience with others. 2 years later she is now the proud owner of the studio that changed her life.

How can yoga improve mental health?

Get to know one of our yoga teacher training graduates and current HPY instructor, Matt Hudson.

The top questions people ask us about our 200hr Yoga Teacher Training courses.

We encountered an error with this action.

We encountered an error with this action.